It may not be coincidence that the arches on your feet are giving you problems – and it could be because of something as ‘harmless’ as walking or exercising barefoot at home. 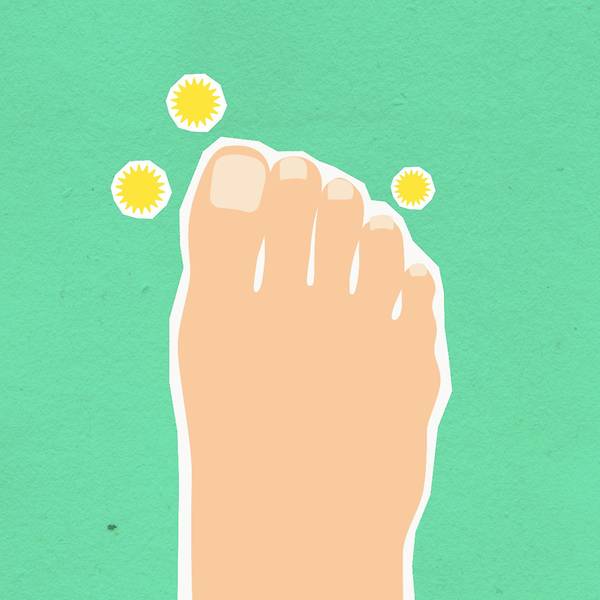 You’ve been staying at home a lot more and that’s not going to change much this year. Which means it wouldn’t be a stretch to say many people are still dealing with work-from-home (WFH) aches and pains. But while issues with one’s back and neck are at the top of the list, there’s one part of the body that has surprisingly been giving many a hard time – the feet.

According to orthopaedic surgeons, foot pain has increased since WFH arrangements began last April. Dr Victor Seah from Mount Elizabeth Novena Hospital noted a two to three-fold increase in the number of such cases. Meanwhile, Dr Kevin Koo, who is from Mount Elizabeth Hospital, has also seen “an estimated increase of 10 per cent to 15 per cent, typically in the active working population”.

Senior principal physiotherapist John Abraham from Rapid Physiocare has also noticed an uptick in the number of patients with foot pain. “The increase has been quite alarming as the number of such patients has been far more than the average number I am used to treating,” he said.

According to Chng Chye Tuan, a senior principal physiotherapist from Core Concepts, most foot pain is likely caused by a recent new activity you’ve added to your routine such as skipping at home barefoot, going for long walks or hikes in the wrong footwear – or a sudden sharp increase in the intensity of certain activities.

Pain in the arch of the foot known as plantar fasciitis is probably the most common cause of the pain you get from walking barefooted at home, said Dr Gowreeson Thevendran, a senior consultant orthopaedic surgeon from Island Orthopaedics Group.

The plantar fascia is a band that connects your heel to the front of your foot, and supports the arch of your foot as well as acts as a shock absorber. “In fact, most specialists typically advise those who have plantar fasciitis to avoid going barefoot for long periods, especially on hard surfaces like wooden floors or concrete.”

The reason is this: Walking barefooted at home doesn’t give your feet support, said Dr Seah. “Footwear gives additional support to the feet like the arches,” he said. “For people with flat feet and low foot arches, there may be more stretch on the ankle and foot ligaments when walking barefoot.” Other pain-causing factors, according to Abraham, include bunions, corns, neuromas and underlying arthritis.

The misdeeds of your office-going days could have also followed you home. Women who wear high heels frequently often have shortened Achilles tendons or tight calf muscles, said Dr Koo. “This, in turn, can put more strain on the plantar fascia, predisposing one to getting plantar fasciitis.”

Men aren’t exempt from their footloose days, literally. “Shoes that are too loose, too tight or without adequate support can cause unwanted stress at different points in your foot and ankle complex,” said Dr Gowreeson. “Tight-fitting smart shoes with narrow toe-boxes, flexible soles and weak heel supports could all aggravate a foot that already has poor mechanics and inherent weakness.”

“Most foot pain is likely caused by a recent new activity you’ve added to your routine such as skipping at home barefoot or a sudden sharp increase in the intensity of certain activities.”

The type of flooring material can make a difference as well. Walking on office floors, which are often carpeted, creates a softer impact on the feet than the hard tiles used in home floorings, said Dr Seah. And while you should give yourself a pat on the shoulder for working out at home, doing so barefooted could be contributing to the increase in foot pain seen. “I have noticed more patients taking to HIIT (high intensity interval training) exercises at home, and this is usually done barefooted. This has led to some developing plantar fasciitis as a result of repetitive stress to the heel area,” said Dr Koo.

IS GOING BAREFOOT GOOD FOR FEET IN THE FIRST PLACE?

Hang on, isn’t there a school of thought that going barefooted promotes stronger feet? Remember the barefoot running trend inspired by record-breaking Kenyan runners who competed shoe-less – and the accompanying slew of “footwear” (if you could call those gloves for the feet that) that brands rush to capitalise on 10 years ago?

There are some merits. “Walking barefooted requires our muscles to be more active in order to react accordingly to the increased feedback from the contact area,” said Chng. “Muscles work harder to stabilise and balance our movements.”

Another pro-barefoot take is, going unshoed may help to restore your “natural” walking pattern or gait, said Dr Koo, adding that it may improve proprioception and balance as well as foot biomechanics, which in turn, “can also improve that of the other joints such as the hip and knees”.

And in our humid environment, taking your shoes off gives your feet the much-needed chance to breathe. “It prevents the footwear from retaining excessive moisture or perspiration in the foot, which can in turn, lead to other problems like fungal infections,” said Dr Seah.

So, what is this nonsense about pain from walking barefoot at home when you’ve been doing so your entire life, you ask. Here’s the thing: If you have an existing foot issue such as “non-optimal gait mechanics”, walking barefooted excessively may increase the load on the foot and strain certain structures, said Chng.

By that, he’s referring to someone with flat feet and “weakness in the stability muscles of the foot”. Those with high arches can also be prone to pain as they have “higher pressure points with a smaller contact area”, said Chng.

Otherwise, he added, “walking barefoot at home shouldn’t be a big factor since the number of steps taken at home is likely to be dramatically less than walking outdoors”.

WHAT CAN YOU DO?

If it’s plantar fasciitis, said Dr Seah, you can expect the pain to be bad in your first few steps and gradually reduces as you walk and stretch the plantar fascia.

In the meantime, Dr Gowreeson suggested the RICE method to alleviate foot pain:

“The pain typically takes one to two weeks to subside with treatment,” said Dr Seah, referring to the ultrasound or shockwave sessions that can be used along with physiotherapy and painkillers.

“Steroid injections can be used to treat symptoms that do not respond to painkillers or physiotherapy. In some patients with recurrent symptoms or significant foot deformities, surgery may be required and to prevent the condition from worsening,” he said.

“I would advise patients to see their doctor if their pain does not resolve after a week or two, if they are not able to put their weight to walk properly, or if there is significant swelling or bruising as it may indicate a more serious condition,” said Dr Seah.

To prevent plantar fasciitis- and Achilles tendonitis-related pain, try strengthening exercises, such as the eccentric Achilles stretch, marble pickups and toe curls, said Abraham. “Until your feet have healed, you shouldn’t go back to walking barefooted.”

State of the art
treatment facility

Downtown
Podiatry in the news